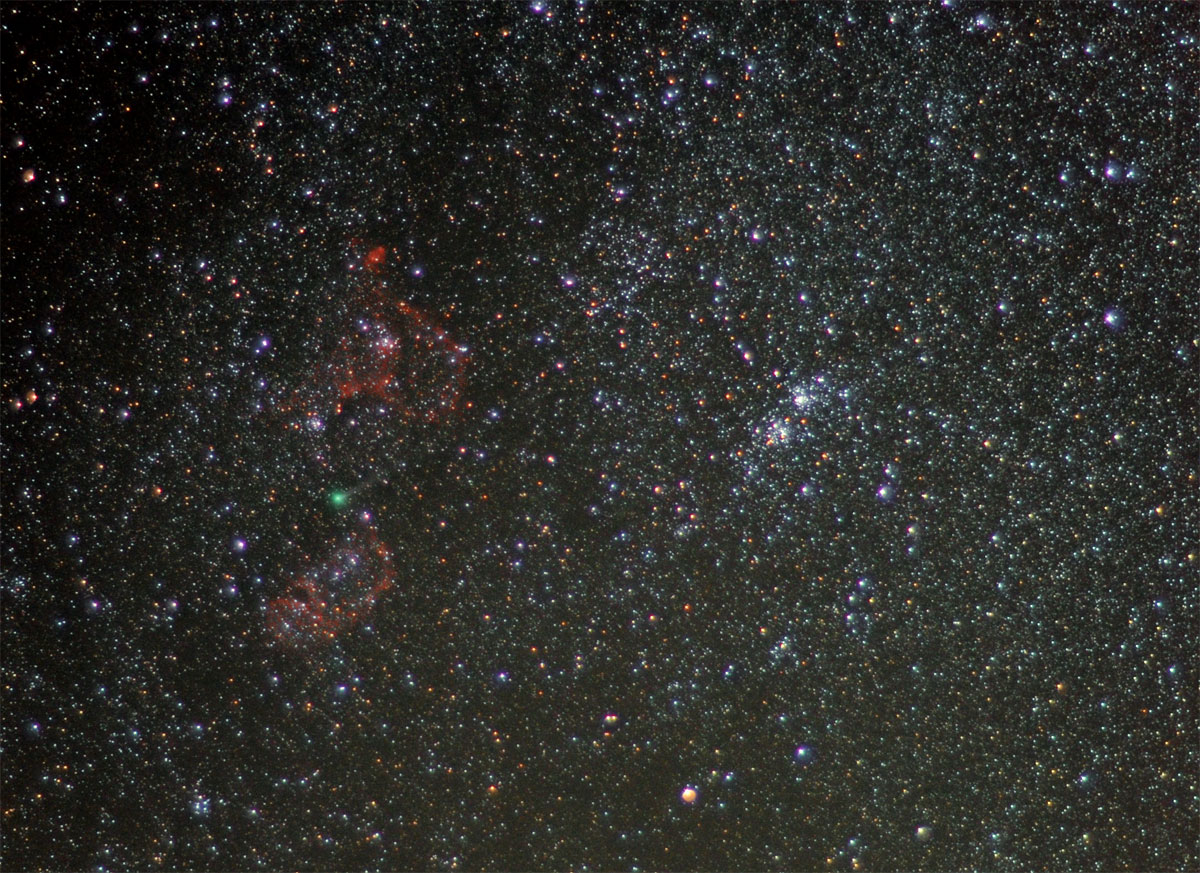 Comet Jacques is now perfectly placed for Northern hemisphere observers. Visible all night for the next month or so, it’s path takes it directly along the spine of the Milky Way. This should make for some interesting conjunctions, and some good photo ops in the coming weeks, as it slowly fades away.

Although Jacques has turned out to be a lot dimmer than predicted (with an especially faint tail), I still wanted to capture the comet’s flyby of the famous double cluster in Perseus.

I’ve had mixed results with comets in the past, so this time I decided on a tactic of maximum light gathering. This involved stepping down from the usual 180mm f2.8 lens and instead using the 50mm f1.8 lens for maximum aperture. The lens produces a lot of coma around the stars when shot wide open, but as the comet is so faint and diffuse, it isn’t actually affected by it. The 50mm focal length also allows for longer exposures than the regular 180mm lens due to the larger margin for error. The comet’s movement through the sky also becomes much less of an issue.

Taking a series of 3 minute exposures, I was pretty happy with the composition. What I hadn’t realised at the time was that I’d captured something else in the frame. It wasn’t until I began to process the images that the nebulae appeared. Amazingly, the comet sits right between the Heart and Soul nebulae, which I had no idea existed beforehand. These two very faint nebulae should make a great target with the 180mm lens later in the year when they move overhead. 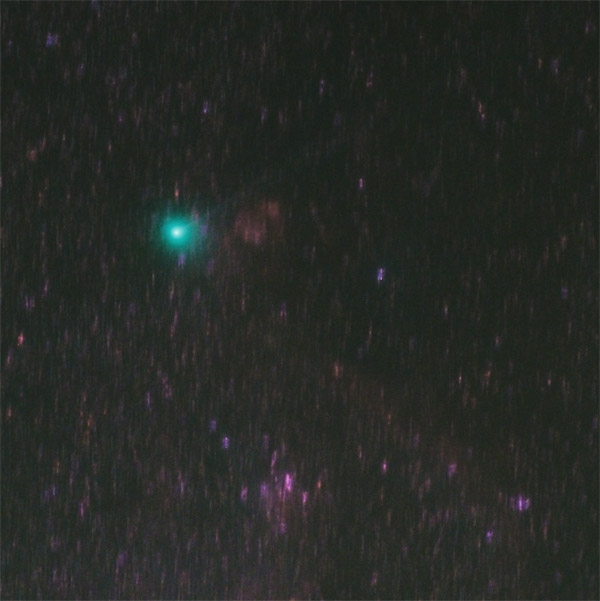 Another clear night allowed me to shoot the comet Jacques for a second night in succession. But this time with the 180mm lens.

The comet had moved further than I thought in just 24 hours, now sitting right beside the brightest part of the Heart nebula. It’s exactly this speed of movement which makes shooting comets so tricky. The 18 minute image above (stacked on the stars) captures the nebula well. But the comet, and especially the tail, is blurred by the movement.

The second image (stacked on the comet) freezes the motion to finally reveal the thin, wispy tail in a bit of detail.