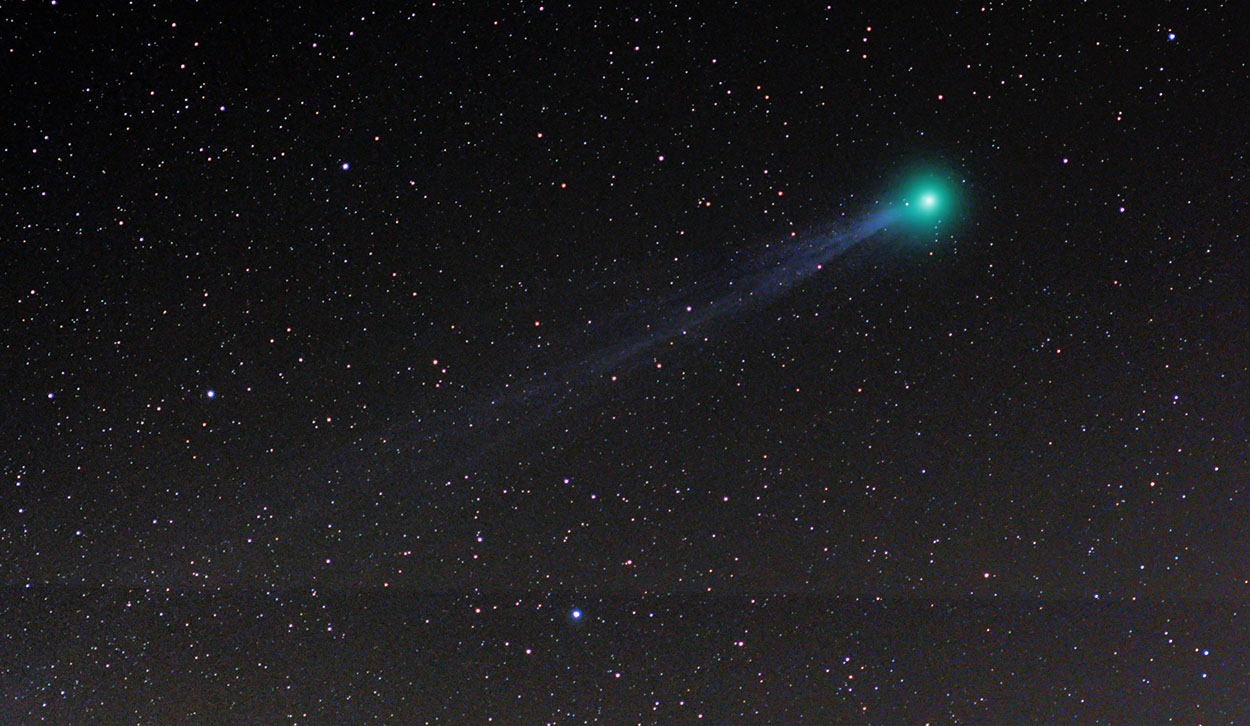 Ever since hearing about newly discovered comet Lovejoy C/2014 Q2 in the Autumn of last year, I’ve been eagerly anticipating its arrival. Even splashing out on a new lens for the occasion. Unfortunately the weather has scuppered any plans I had to capture the comet in early January, with endless amounts of cloud, usually rolling up just as it gets dark!..

Last night, however, a fleeting break in the clouds allowed me to grab a handful of shots as the comet makes its way past Earth and on towards a close encounter with the Sun on the 30th of January.

I didn’t anticipate much detail with just 8 images to go on (4 minutes total exposure time), but at least the the stacking process was a quick one. The final image above reveals a surprising amount of structural detail in the tail, along with its stunning blue colour. The comet appears much larger than I expected too, the tail now stretches over 10 degrees (20 times the size of the full moon), with much of this huge tail cropped off the bottom of the frame.

With comet Lovejoy quickly moving higher into the northern hemisphere sky, and with the tail changing structure on a daily basis, it should still be a great target for the next couple of months – weather permitting!