Despite being chilled to the bone on more than one occasion, tracking comet Lovejoy over the past month has been a great experience. It was, and still is, a stunning comet. Shooting Lovejoy on a total of 10 occasions over the last month with varying levels of success, I’ve stitched together the best of the bunch to show how the comet has evolved over time…

For the earlier shoots I experimented with different exposure lengths (15-60 seconds), different ISO levels (800-1600), different lenses and different focal lengths (50mm, 85mm and 180mm). This was probably not the best tactic as the best results came from a 12 mile trip to darker skies on the 24th, using the tried and tested settings of 30 second exposures at iso 800 with the 180mm/f.2.8 lens. The image quality is visibly better in this shot mainly because the comet was near zenith so less post-processing was needed to remove the effects of light pollution… 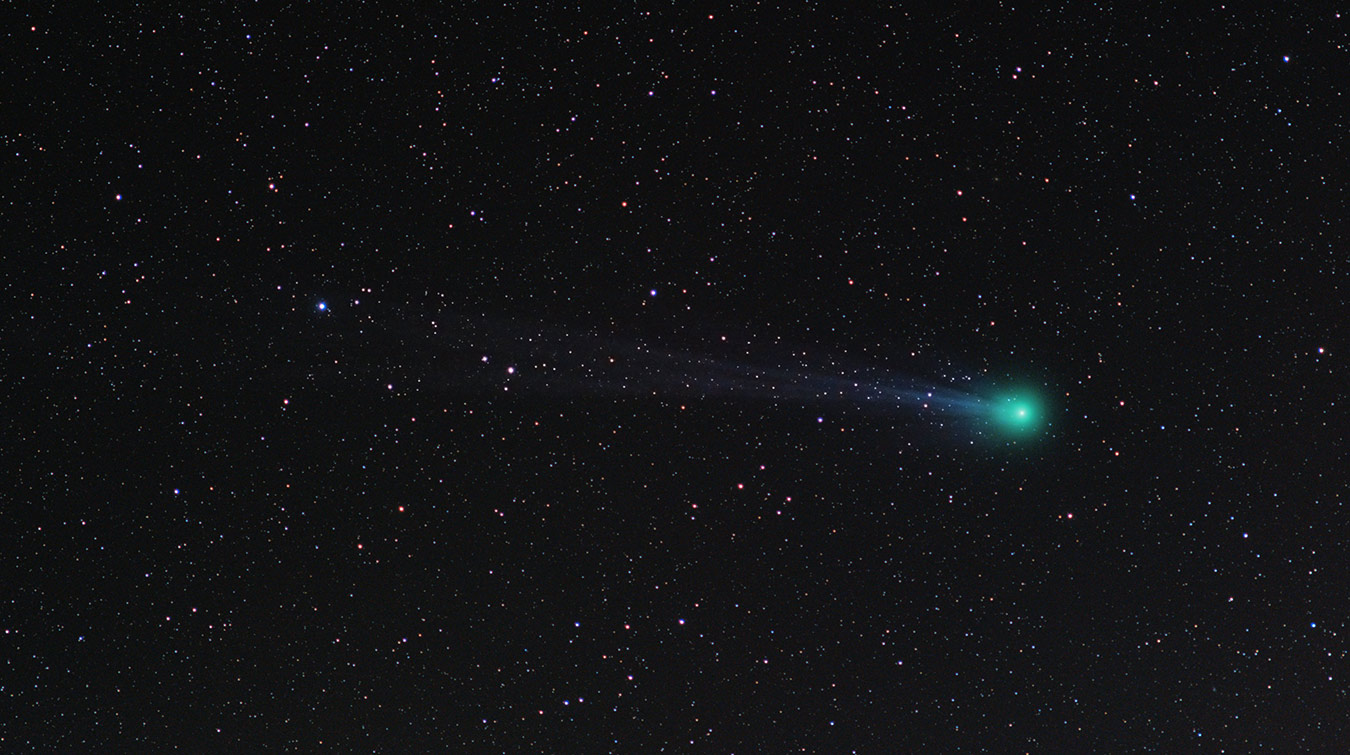 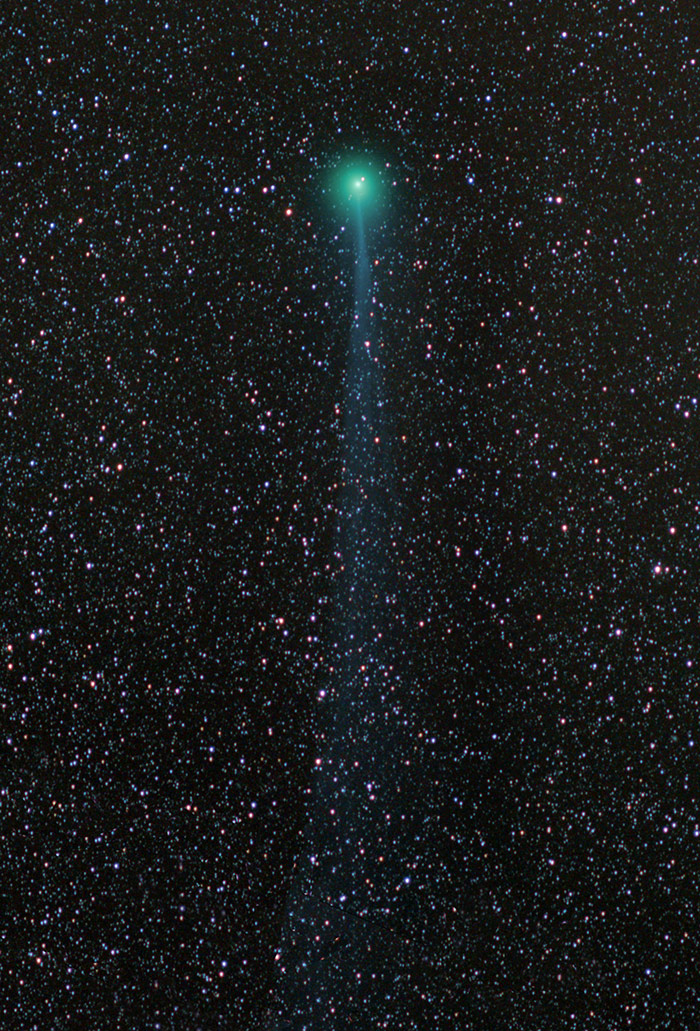 As Lovejoy recedes further from Earth, its movement through the sky also appears slower. So although it’s starting to fade, it allows for many more exposures before the movement becomes an issue with the stacking. For example this 14 minute exposure from the 6th February vs. the 4 minute exposure on the 13th January.

In the recent images from early February you can clearly see the huge dust tail curving as the comet passes around the Sun.

I’ll no doubt take more shots of Lovejoy, but as can be seen in the most recent image from the 10th of February, the tail seems significantly dimmer now. Whether this is just another fluctuation in the structure of the tail, or a more significant decline, we’ll have to wait and see.

So I’m left with a series of shots showing comet Lovejoy’s evolution, along with a very full hard drive!.. Let’s hope the next comet Terry Lovejoy discovers is as good as this one. 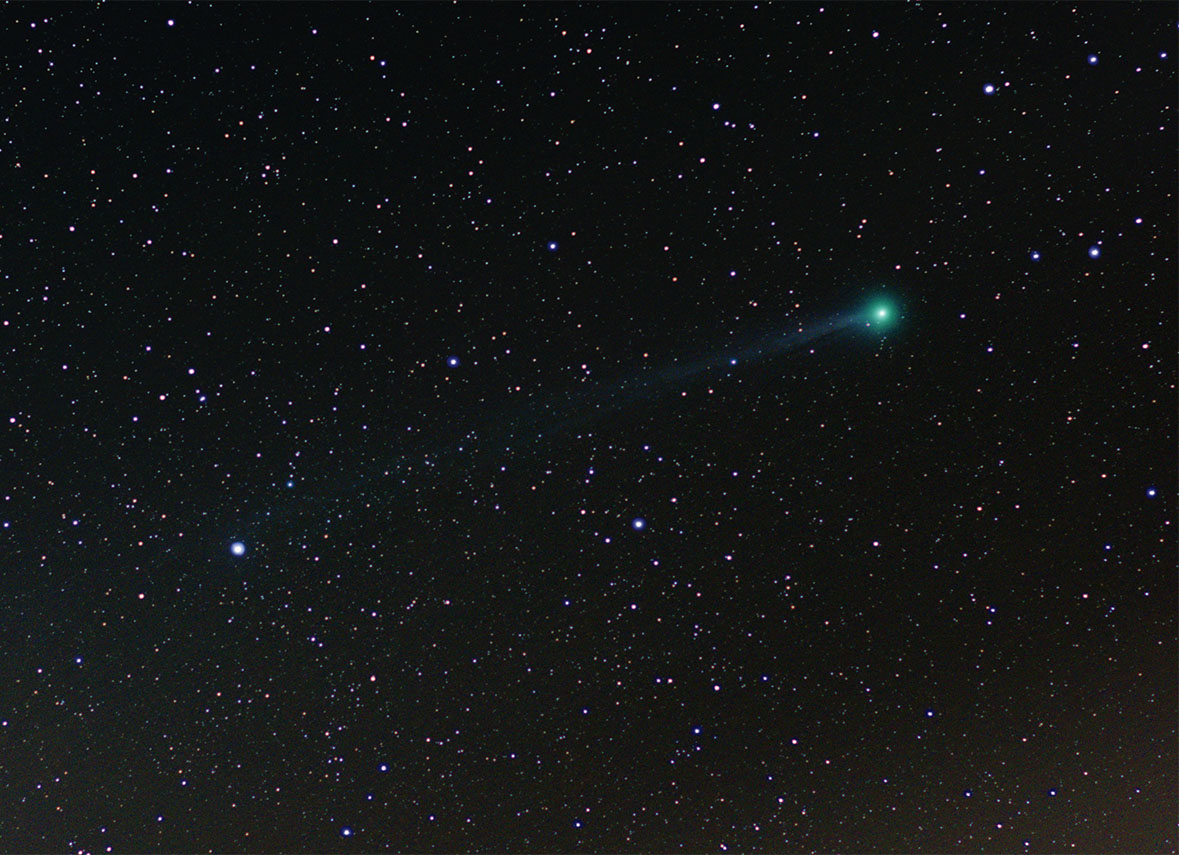 On a side note, the Samyang 85mm f1.4 lens I bought specifically for the job of imaging the comet proved to be no match for the trusty Nikkor 180mm f2.8. Unlike the results with comet Jacques, the tactic of maximum light gathering didn’t pay off this time. The lens may prove to be better suited to other subjects, but I’m not convinced as the coma was very noticeable even when stopped down. I think the ultra sharp Nikkor 85mm f1.8 G is the way forward at this focal length. 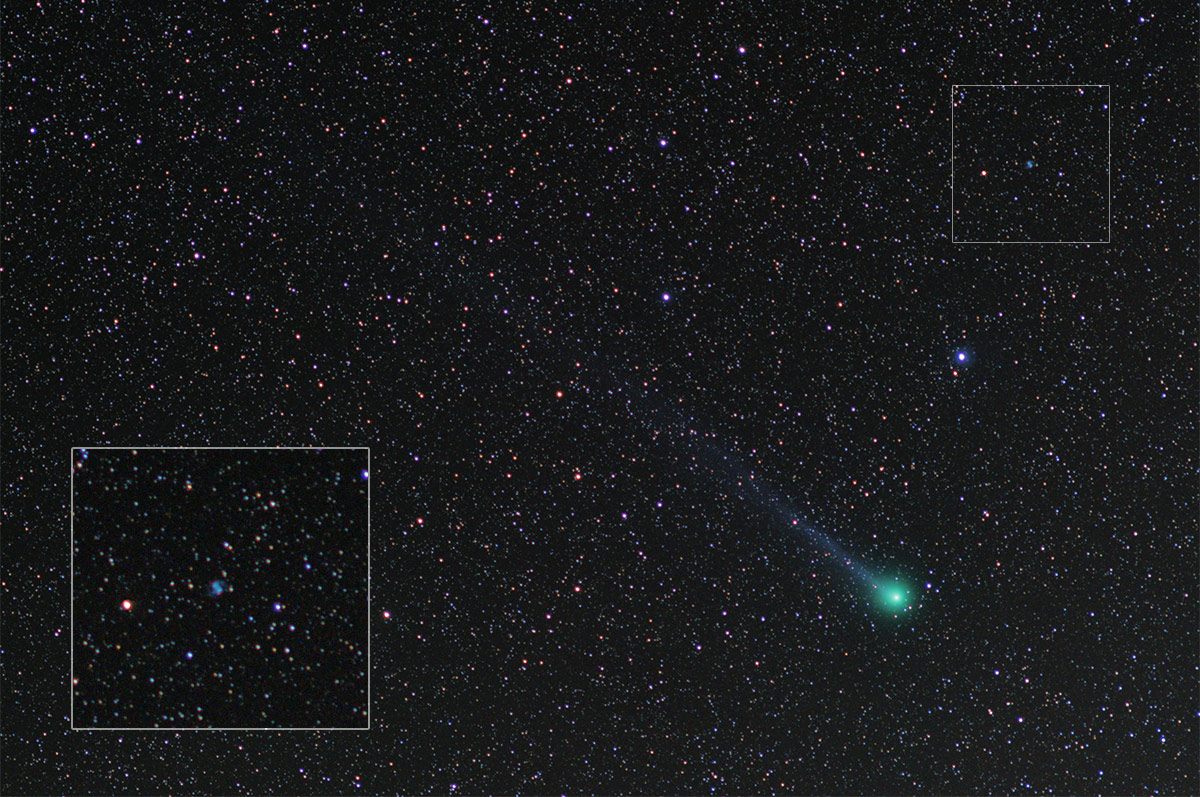 With the skies finally clear after a week of cloud, I jumped at the chance to capture another shot of Lovejoy as it passed by the Little Dumbbell Nebula (M76). The planetary nebula is so tiny and faint that it’s considered one of the trickiest objects in the Messier catalogue to observe. The comet itself is definitely fading now, with the tail in particular much harder to pick up.