We only get a hand full of night time lightning storms each year, so I couldn’t pass up on the opportunity to test out the new Nikon D7000 on one of my favourite low light subjects. It turned out to be a spectacular storm and some of my best lightning shots to date. Click on the photos below for larger versions. 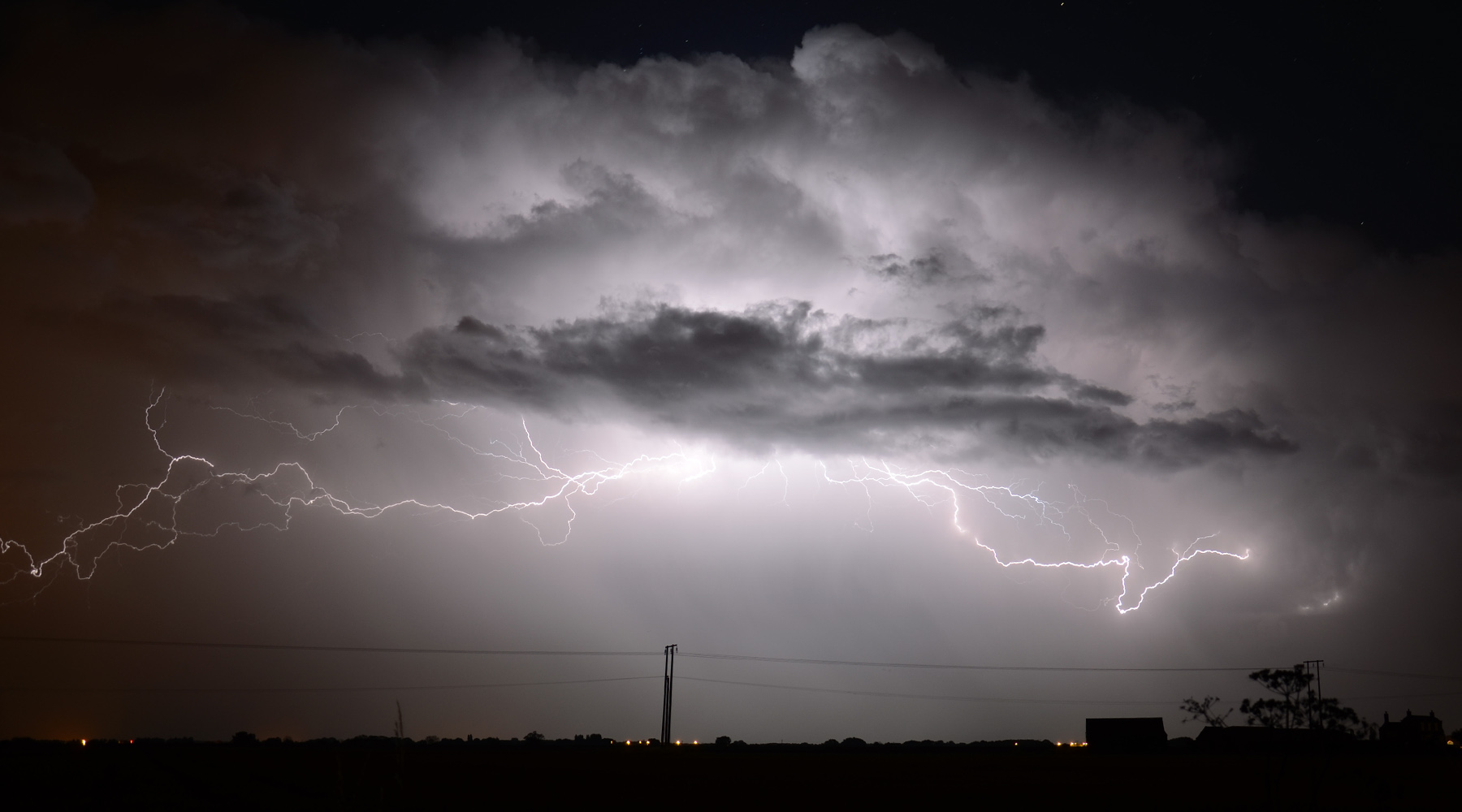 At the mercy of the weather for the last couple of weeks, I finally managed to grab a shot of comet PANSTARRS C/2011 L4 with a clear sky. Luckily for me, the clear night coincided with the comet gliding past the Andromeda galaxy. Still quite low on the horizon, it was only just visible to the naked eye, but this 15 second shot (with the help of some tinkering in Photoshop) picked the pair out nicely.

Comet Holmes was an unusual looking comet, with its huge coma making it look almost jellyfish like. Although I only had my Nikon D70 and a static tripod back in 2007, the comet was bright enough (and big enough!) to take some single photographs as it passed overhead during November.

The comet went through the most massive outburst yet seen, as it brightened five-hundred-thousand fold. It expanded so much as a result that it eventually became even larger in diameter than the Sun!

Comet Holmes is a periodic comet which is due to return in early 2021. Whether it will be as spectacular as it became in 2007, we’ll just have to wait and find out. 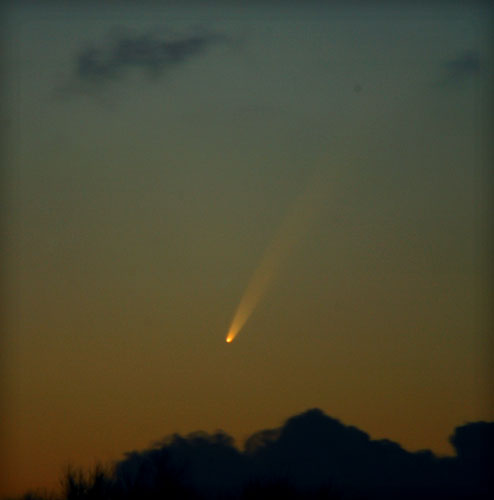 Comet McNaught went on to become a stunning comet which lit up the skies of the southern hemisphere. Becoming one of the greatest comets of recent times.. And the brightest in over 40 years! 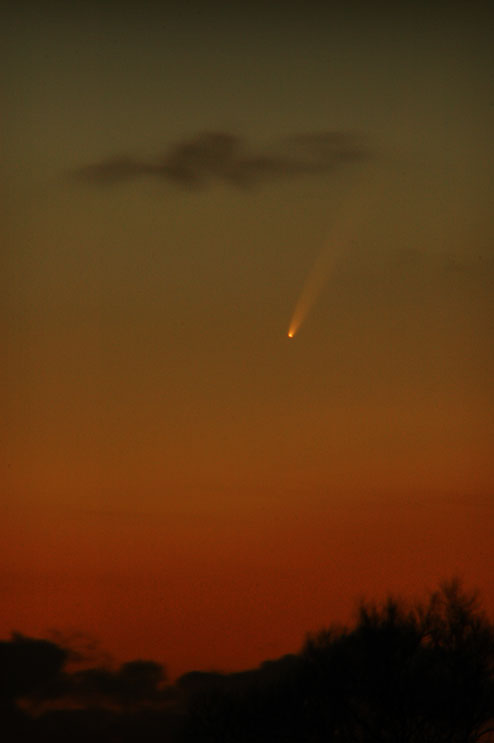 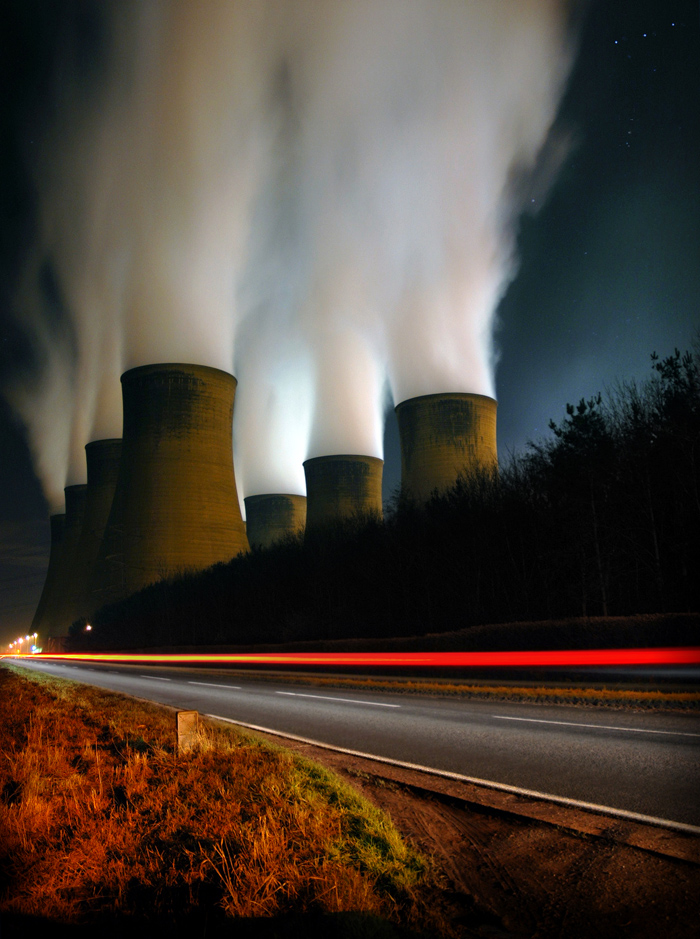 Winner of ComputerActive’s ‘Digital Photographer of the Year’ 2006 competition.

A massive strike of lightning fractures the sky over Leeds, Yorkshire. This was the very first shot of a thunderstorm I took on the way home from work one evening in September 2005. Still probably the best strike I’ve ever witnessed. The shot also captures a rare upward streamer in the bottom right hand corner. Click here for a larger version. 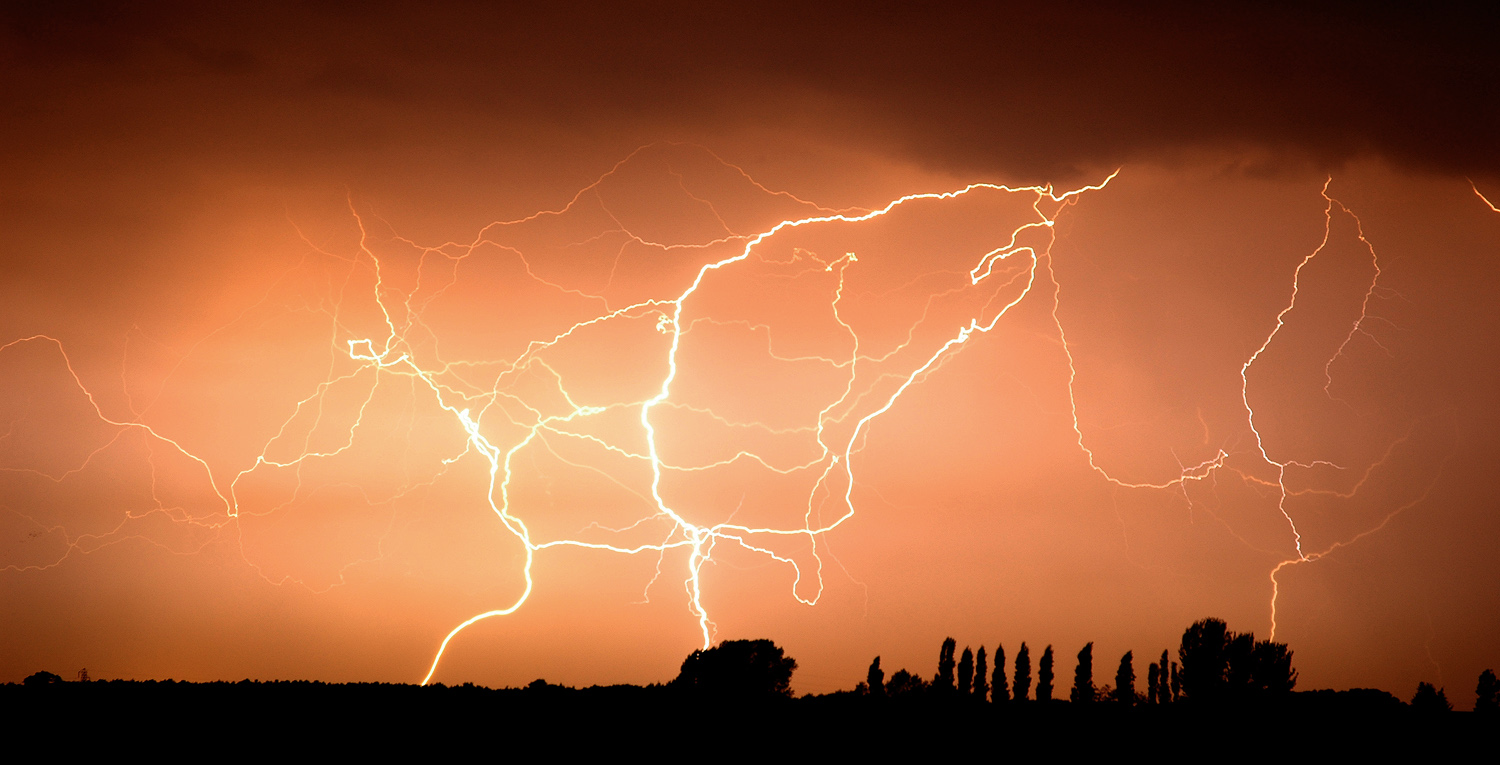 A spectacular display of the Aurora Borealis as seen form North Yorkshire in January 2005. This satellite image shows the extent of the Northern Lights over the UK and Northern Europe on the night of the 21st January. Thankfully I was just on the right side of a large bank of cloud covering much of England. 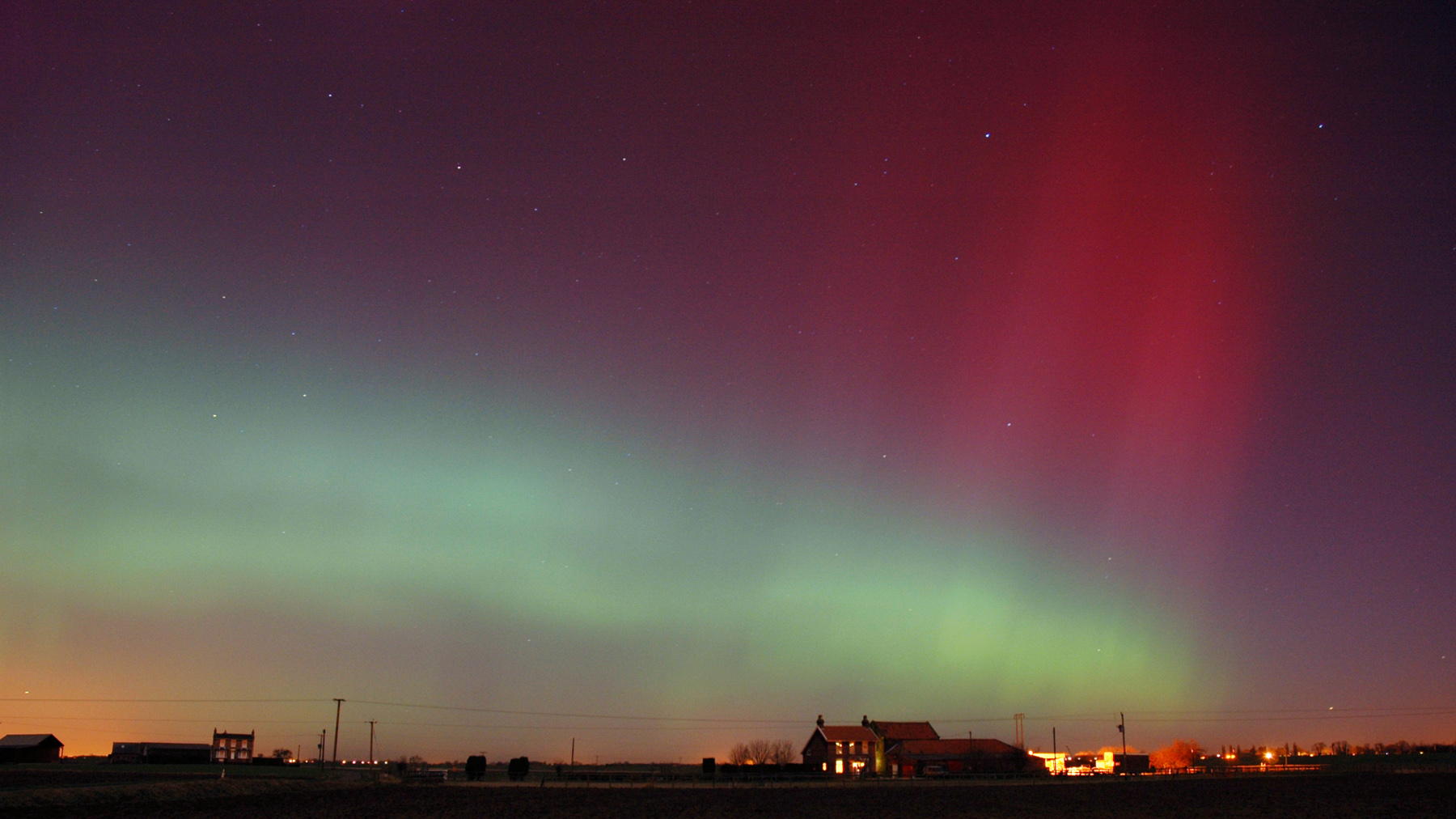 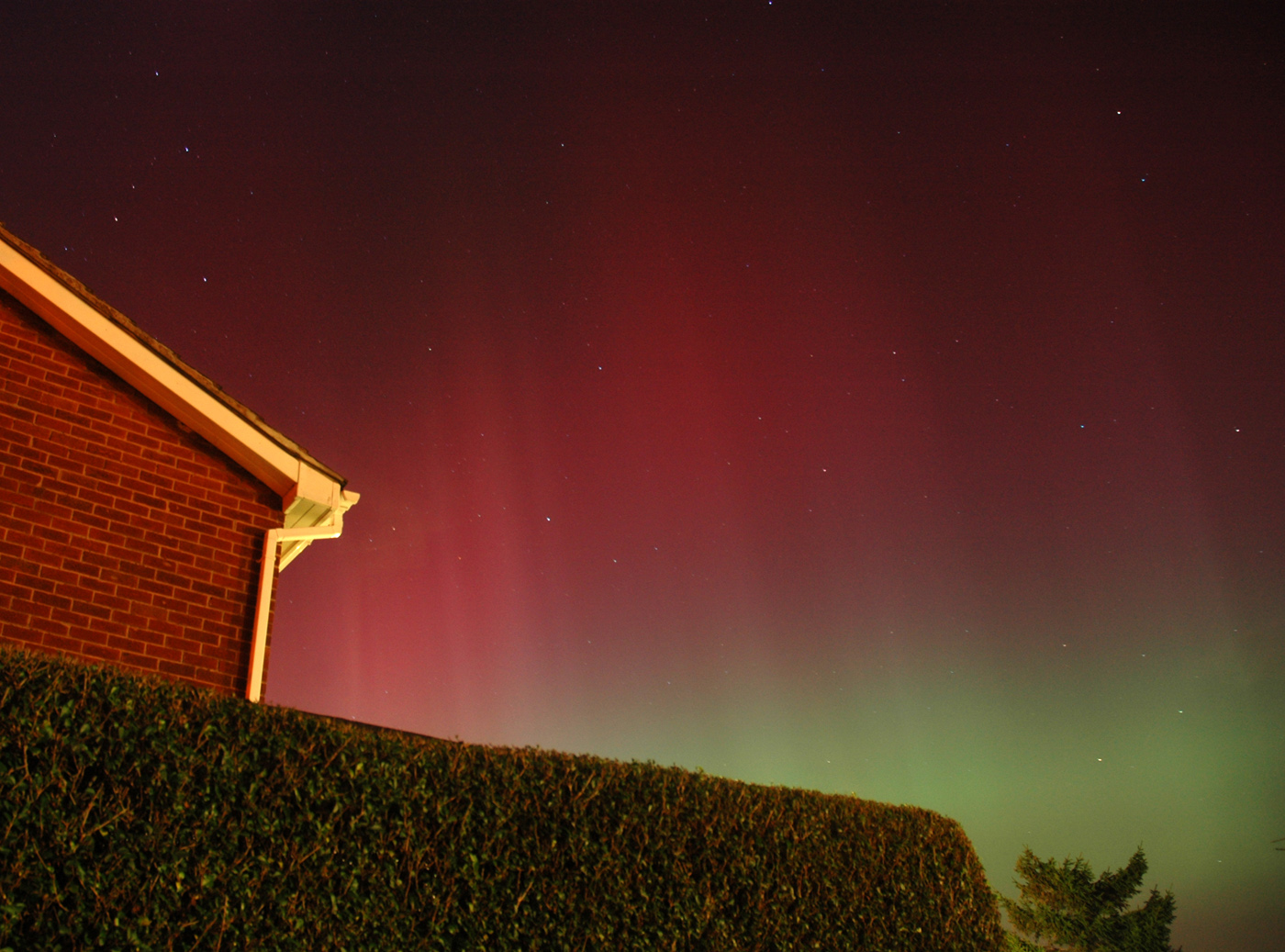