Aurora through the mist

Last night a solar storm hit Earth producing one of the strongest auroras of this solar cycle. Unfortunately for me, a misty evening drowned out much of the show. All but for 20 minutes when the silent display flared up strongly enough for me to catch a glimpse… 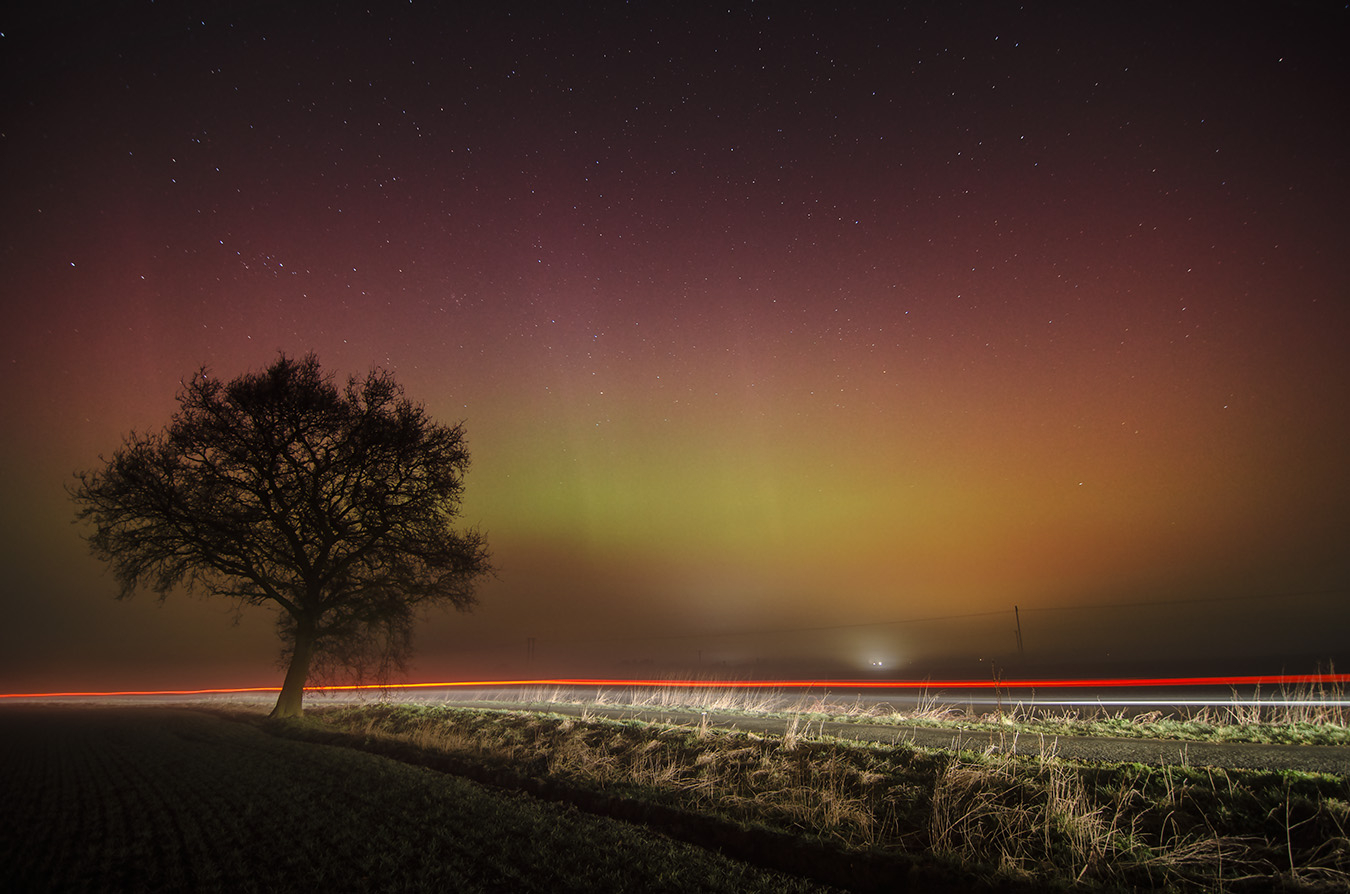 While not as spectacular as last years aurora, I prefer the composition of the photo. Especially with the trail of car lights illuminating the foreground, giving the scene some depth. The shot below shows the extent of the low hanging mist, which scuppered things further by amplifying the nearby light pollution. 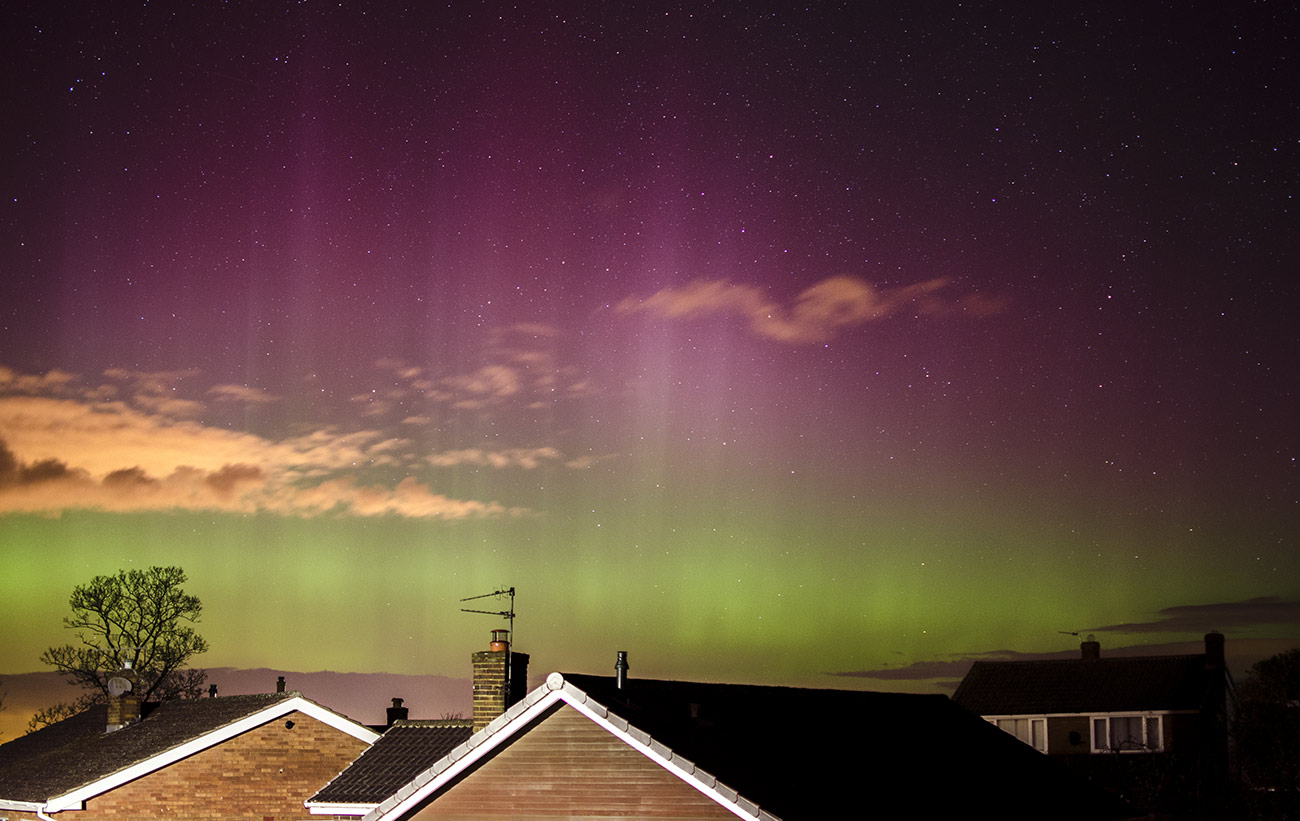 A week earlier I had taken a photo of the sunspot responsible for the aurora while testing out a lens setup for the partial solar eclipse which will be visible from the UK on Friday the 20th of March. 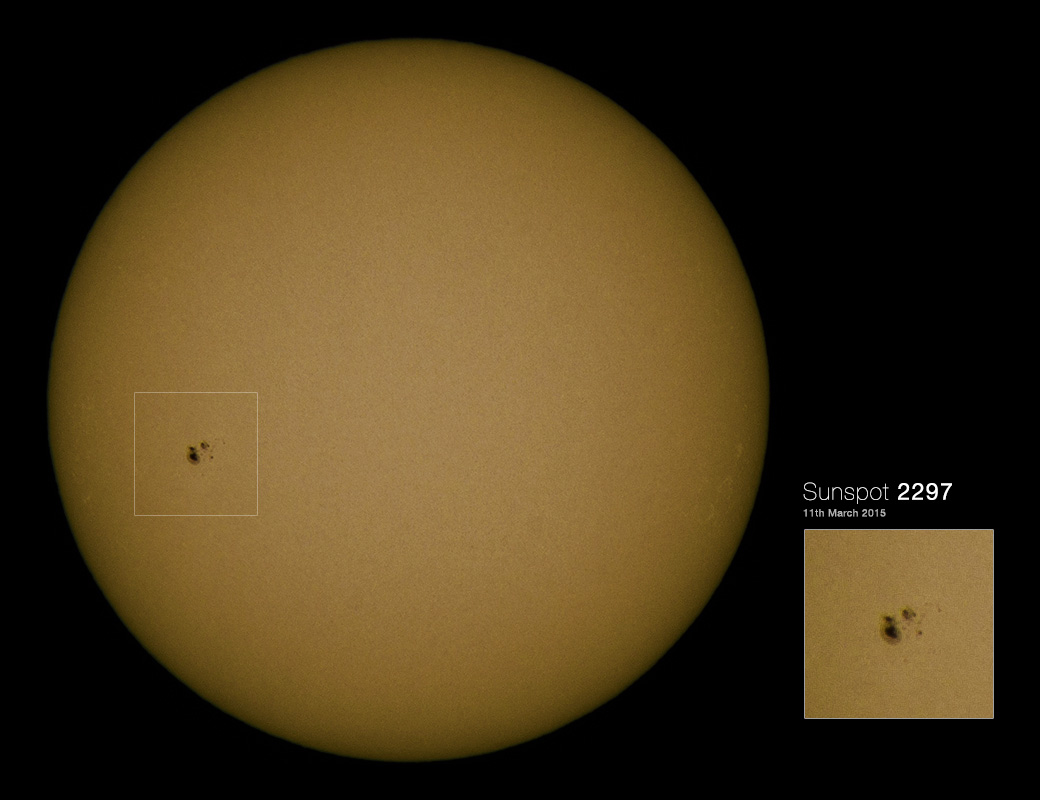