Solar eclipses are rare events. If you’re lucky, you may see a handful in your lifetime. This morning was one of those times where the planets aligned (quite literally!) as the Moon transited the Sun for a partial solar eclipse. From my vantage point in York in the north of England the eclipse was around 90%.

In August 1999 I travelled a few hundred miles down to the very tip of England to witness a total solar eclipse, only for a thick blanket of cloud to completely obscure the moment of totality. Thankfully the notoriously cloudy skies of the UK were crystal clear this morning, allowing me to take the sequence of shots shown here.

This image from an orbiting weather satellite shows how lucky I was with the weather. Not much of England escaped the blanket of cloud, but the small patch of clear sky right above my position shows how fortunate I was! It actually clouded over just as the eclipse was coming to an end.

The partial eclipse took a couple of hours from start to finish, giving plenty of time to look for another interesting phenomena caused by the event – crescent shaped shadows… These particular ones were made by the gaps between the leaves of a bush acting as natural lenses, focusing dozens of projections of the Sun on to a nearby garden table. 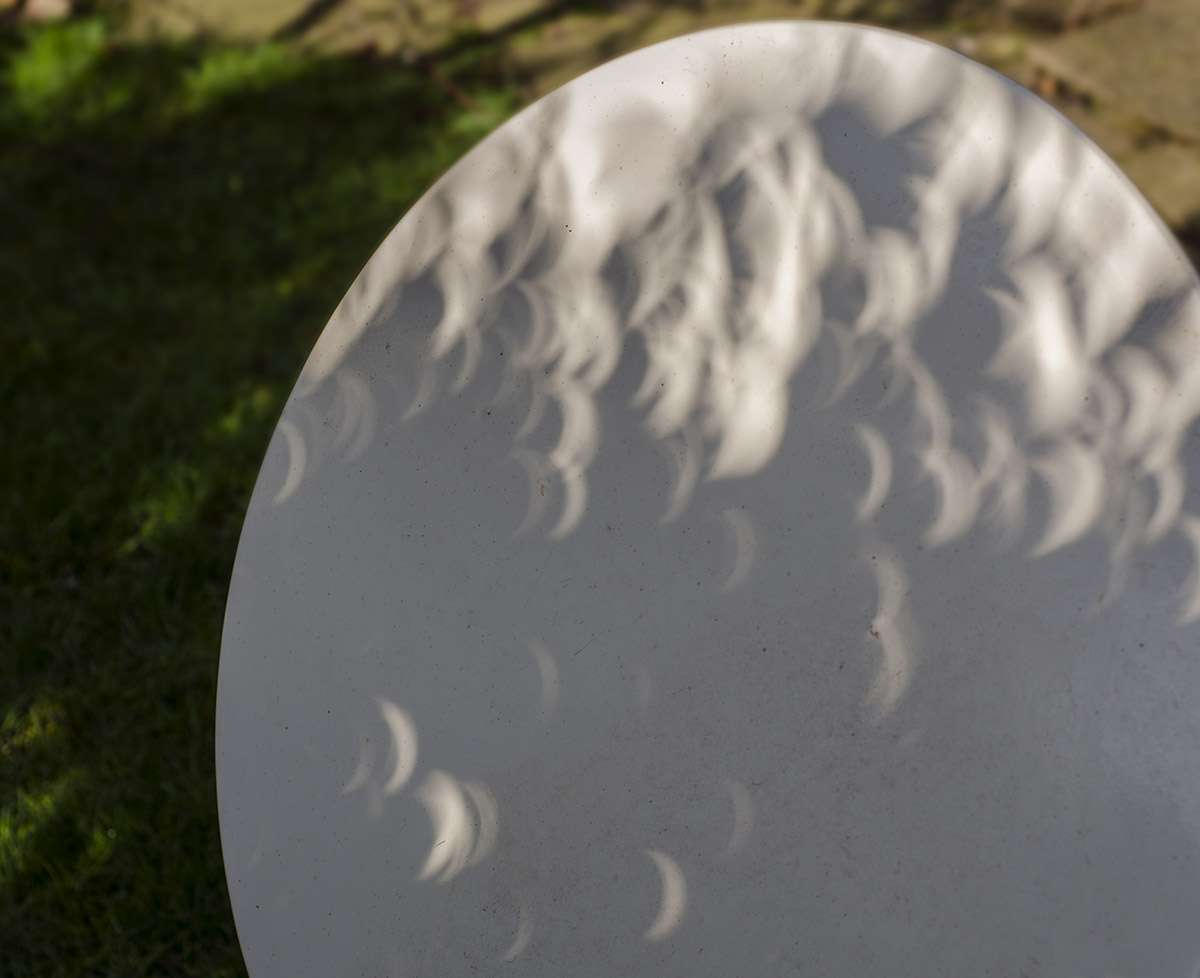 I’m hoping to make the trip to the US in a couple of years time for the total solar eclipse in 2017. The Grand Teton national park in Wyoming looks like a good place to be.