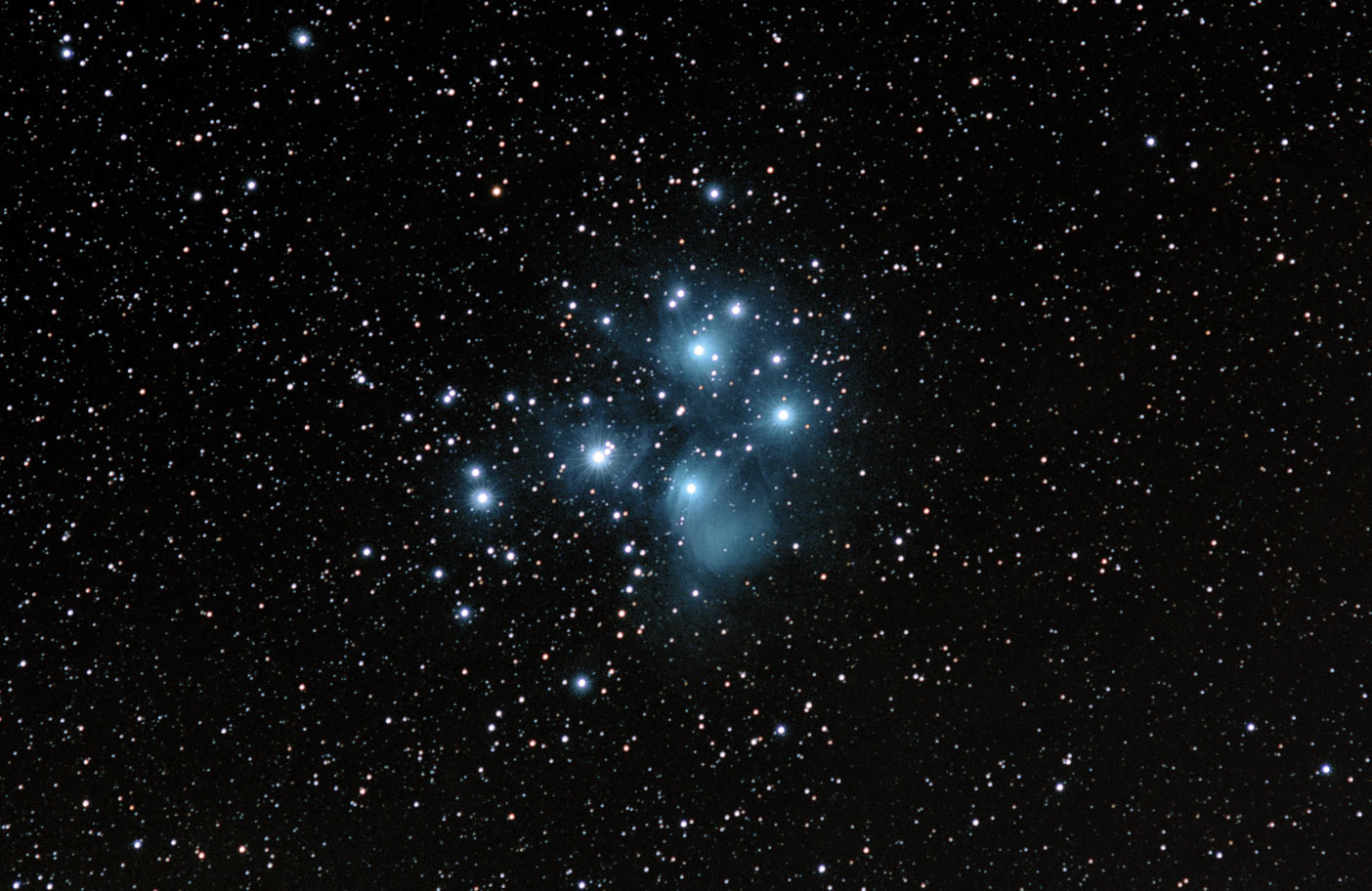 The open cluster of the Pleiades is a captivating sight in the winter sky, with nebulosity visible even to the the naked eye. Longer exposures reveal the electric colour of the blue hot stars at the cluster’s heart. These bright stars make it tricky to capture the fainter wisps of nebulosity without causing excessive coma. Stopping the lens down to f4 (instead of the usual f2.8) helped a lot with this, but resulted in some diffraction spikes, which I actually think work nicely. 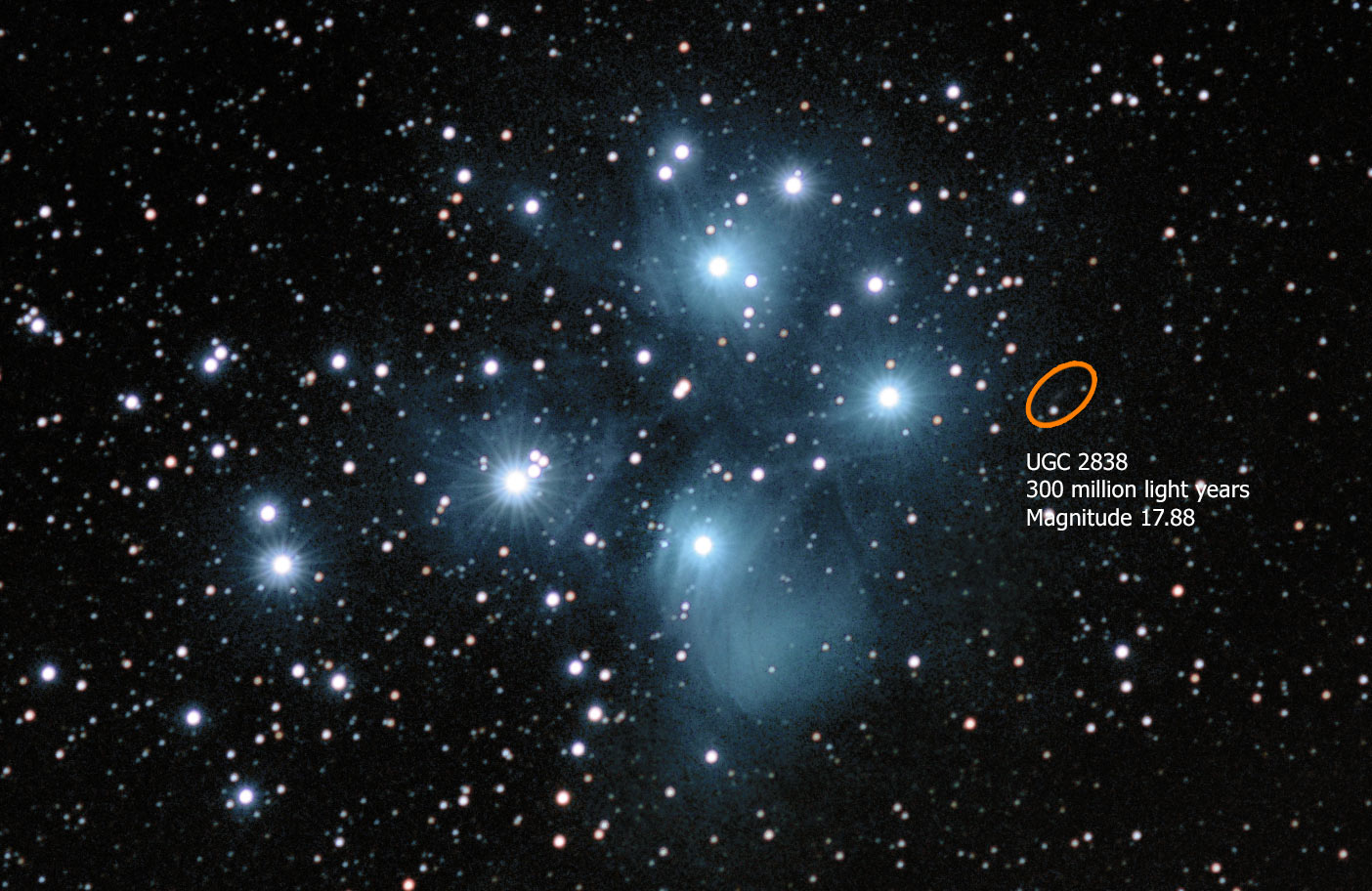 Just beside the Pleiades, next to the perfectly named Electra, lies one of the most distant galaxies I’ve yet managed to capture. Looking like a mere smudge in the image, edge-on galaxy UGC 2838, at 300 million light years distance, is an incredible 676 thousand times further away than the Pleiades themselves. At magnitude 17.88, it is also by far the faintest object I’ve knowingly photographed.