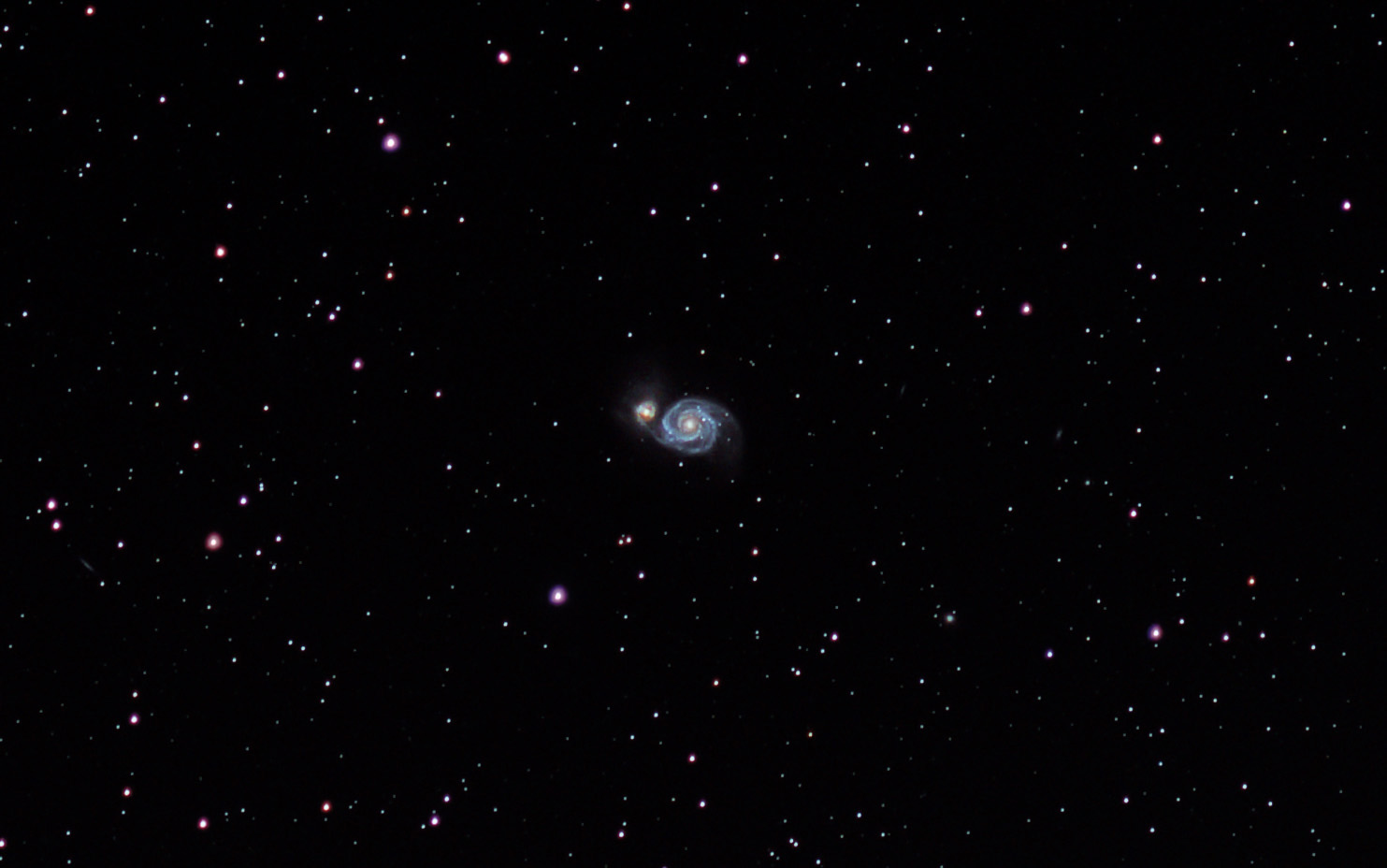 Spring is a great time to for viewing galaxies in the northern hemisphere. The Virgo supercluster arches overhead in a vast swathe through the constellations of Virgo, Leo, Coma Berenices and Canes Venatici. Many famous and recognisable galaxies occupy this region, but none may be as beautiful as the Whirlpool galaxy.

At 37 million light years distance, M51 is comfortably the most distant object I’ve tried to photograph. Despite the huge distance, the galaxy is bright and stands out vividly, even in the individual 30 second sub-photos.

The Whirlpool galaxy appears small in the frame, yet the stacked image above (cropped down from the original) shows a surprising amount of detail. Even some of the nebulous structure surrounding the galaxy is visible, formed by the interaction with its neighbouring galaxy, NGC 5195.

A few nights after taking the original image, I trained the camera on the Whirpool Galaxy once more to capture new comet PANSTARRS C2012/K1 as it made a close pass of the galaxy. 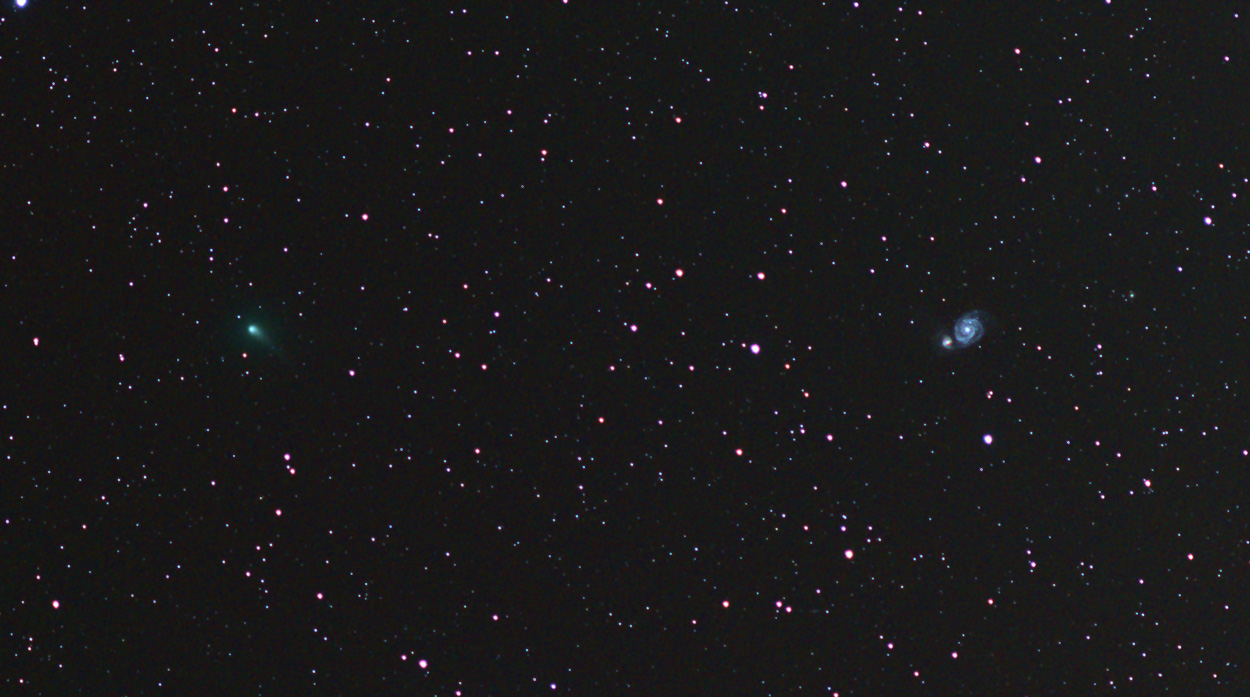 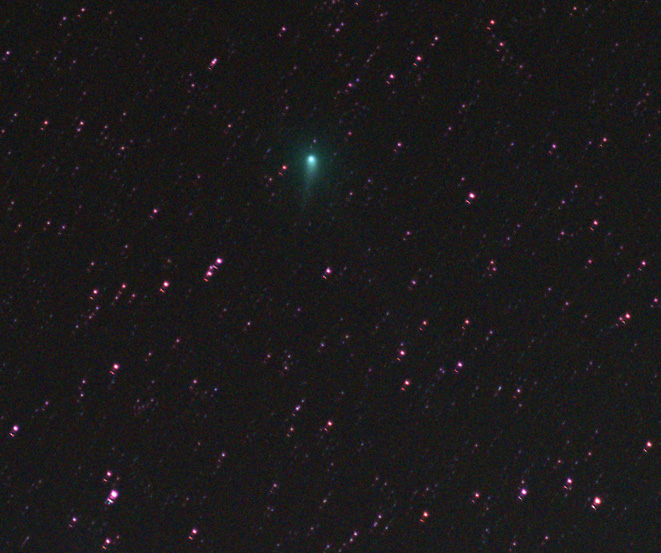 Although quite faint (around magnitude 9 at time of capture), the comet shows a good tail. In fact it has two tails, the second of which I tried to capture in the 15 minute image stack. Although it’s barely visible, if you squint, you can just about make out the much longer and fainter gas/ion tail emanating from the comet at about 5 o’clock in the image.

The comet should be visible for most of 2014, as it continues to brighten to a predicted magnitude 6 later in the autumn.