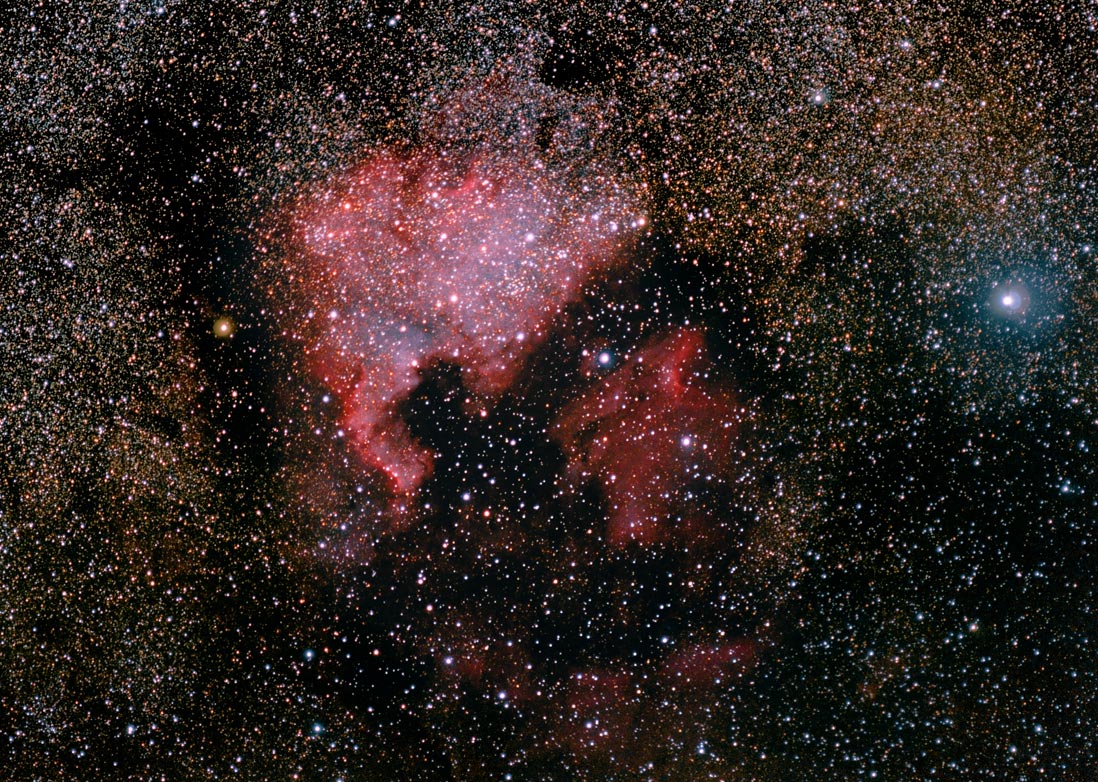 The Sun sets by mid afternoon this time of the year in the north of the UK. This is not good news for SAD sufferers, but it’s great for astrophotography!

Because of the long nights, the summer constellations sit high in the late afternoon/early evening sky well into January. This gave me chance to revisit Cygnus a few nights ago to see if I could improve on previous efforts.

The image above is a stack of 120 x 30 second images taken over two nights. I’m amazed by the detail (once again) when compared to earlier attempts. This extra detail is mostly down to the longer total exposure time of 1 hour. Along with the 180mm f2.8 ED lens which is much more suited to the job than the kit lens I used before.

It also goes to show that you don’t need an expensive telescope to see the best of the night sky. You’re often better off with just a regular camera and lens as many objects such as the North America Nebula are much bigger than you might think.