The Omega nebula, also known as the Swan nebula (although it looks more like a snail to me) in Sagittarius is a tricky one from this latitude (54° north) as once the summer twilight passes and it’s dark enough to take photos again, it barely gets above the horizon. I had a good go at capturing it though, despite massive light pollution which kept the exposures down to just 15 seconds.

Just above the Omega nebula lies the Eagle nebula (I was able to fit them both in the same shot). A 36 minute stack of 144 shots was enough to bring out some detail, including my favourite, the ‘Pillars of Creation’ in the centre of the nebula.. You’ll need to look closely.. 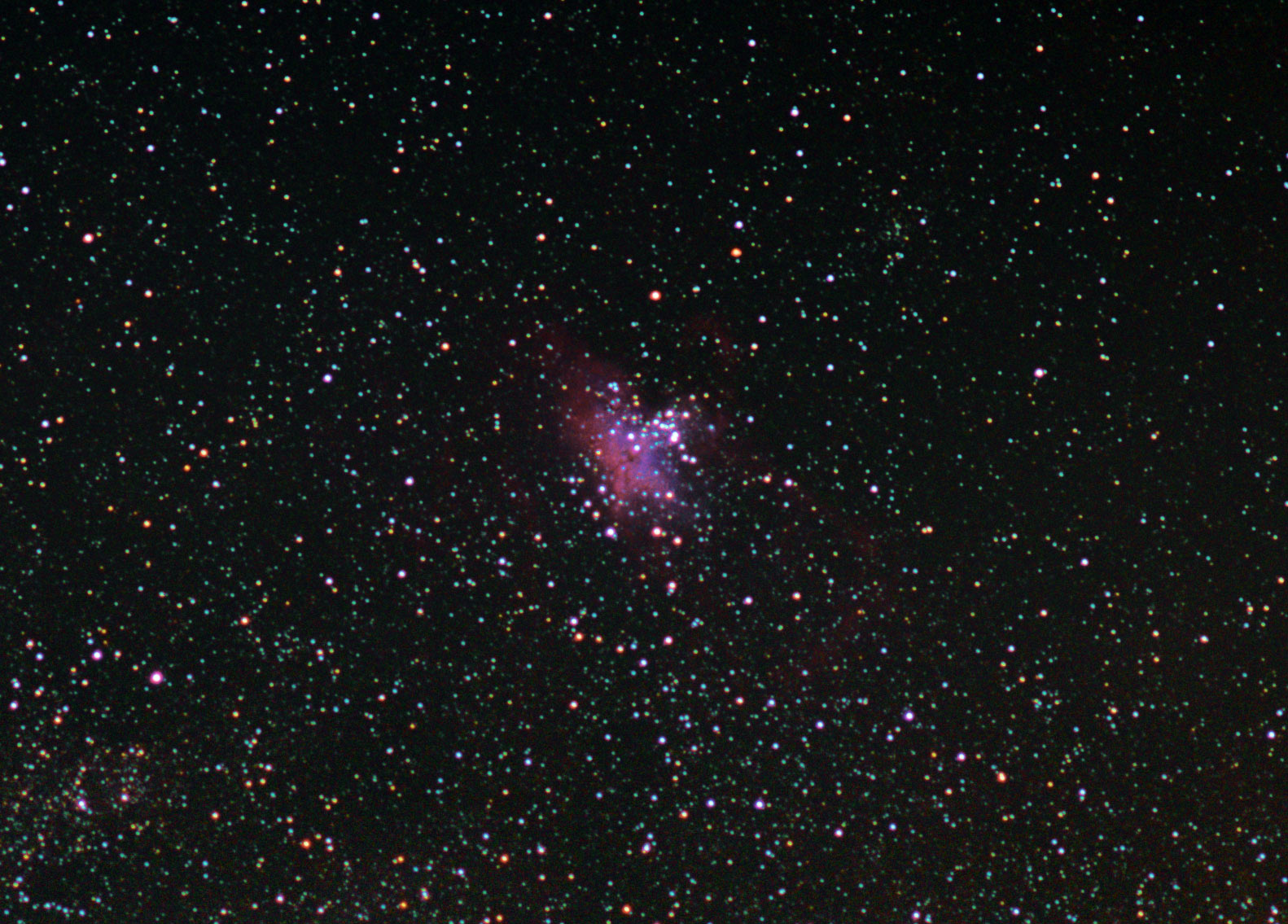 I think revealing these features is really pushing the limits of what can be achieved with the 180mm lens and barn door tracker. The tracker is more than capable of handling higher magnifications though, so to get better shots with finer detail, I would need to invest in a bigger lens.